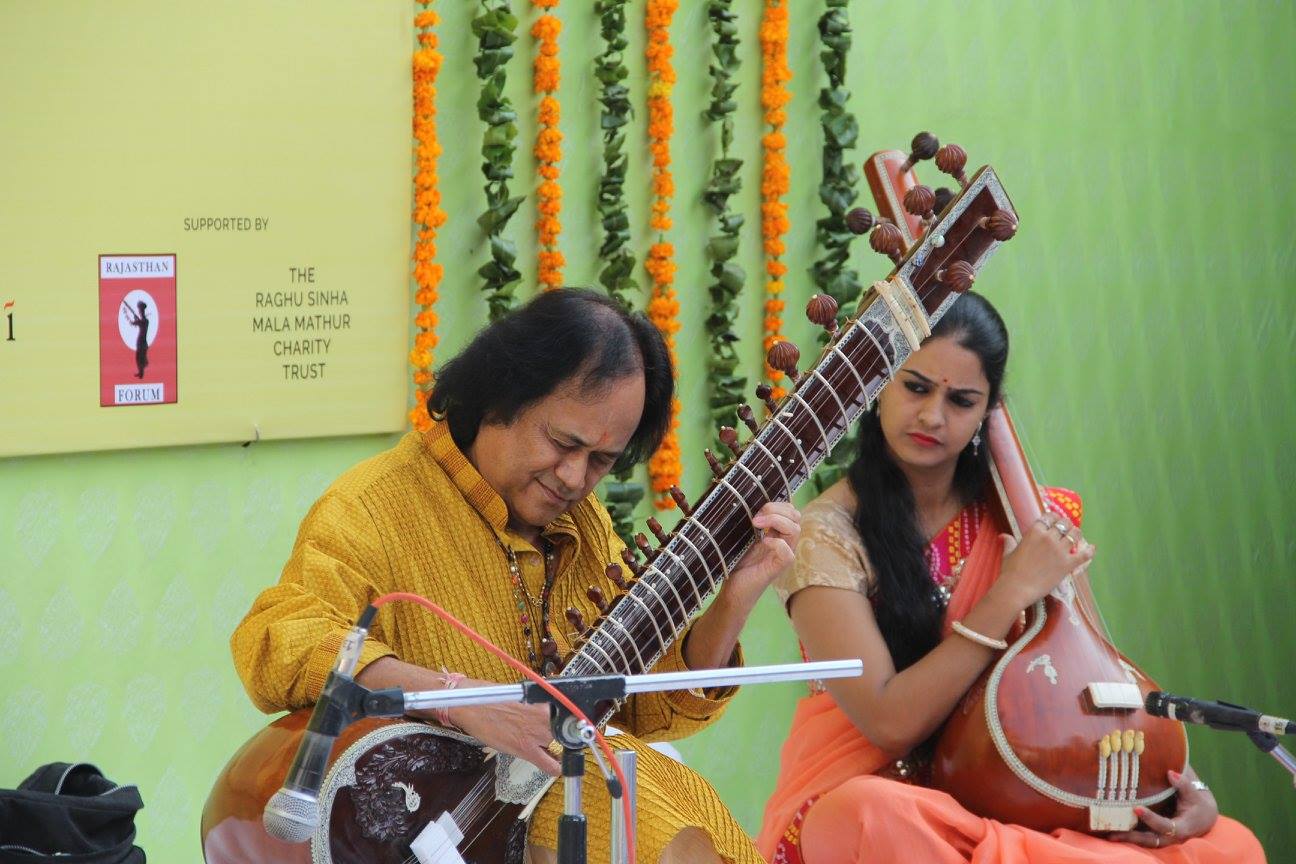 Join us for the fourth episode of Soul Connect series with Pt. Shri Krishna Mohan Bhatt and group to be held on Sunday, 29 October, 8:00 am onwards, at Shri Dwarkadheesh Mandir, Chaura Rasta, Jaipur.

Pt. Shri Krishna Mohan Bhatt’s performances of Hindustani ragas have won the admiration of audiences in India, Asia, Europe and North America. His innovative style of music combines a rich blend of gayaki (vocal) and tantrakari (instrumental) techniques and musical compositions. His music is noted for its virtuosity and originality.

Pt. Shri Krishna Mohan Bhatt was introduced to the musical traditions of Senia gharana by his father, who was a distinguished sitarist of his time, the late Pt. Shashi Mohan Bhatt. Pt. Krishna’s musical grooming was further enhanced by many years of study under the tutelage of his guru Pt. Ravi Shankar, and legendary musicians Pt. Nikhil Banerjee and Ustad Ali Akbar Khan, who had a strong impact on his musical growth. While developing his own individual style, Pt. Krishna’s music was greatly influenced by twentieth-century stalwarts such as the vocalists Amir Khan, Bade Gulam Ali Khan, Abdul Karim Khan, Begum Akhtar, Shobha Gurtu as well as renowned folk singers of Rajasthan. Pt. Krishna’s repertoire in performance includes a wide variety of rare and old traditional compositions from these masters of music.

Soul Connect, powered by Department of Tourism, Government of Rajasthan, is an initiative of Siyahi, supported by the Raghu Sinha Mala Mathur Charity Trust, and Rajasthan Forum.

Soul Connect is a monthly event that will help you rediscover the old traditions and the tranquil sanctuaries, and be an attraction for Jaipur’s citizens and tourists alike.